“The best thing an elected official can say when it comes to water is nothing.”

That’s some unsolicited advice I received recently. And it’s good counsel. So, as I get ready to ignore it (as I have so many times before) I can hear my father’s voice from back in fifth grade, “Son, we’ve got to find a way for you to make a living with that mouth.  Otherwise, you’re going to get into big trouble.”

My Senate District is ground zero for water issues. And though the discussion is often difficult, we really need to be talking about these issues. 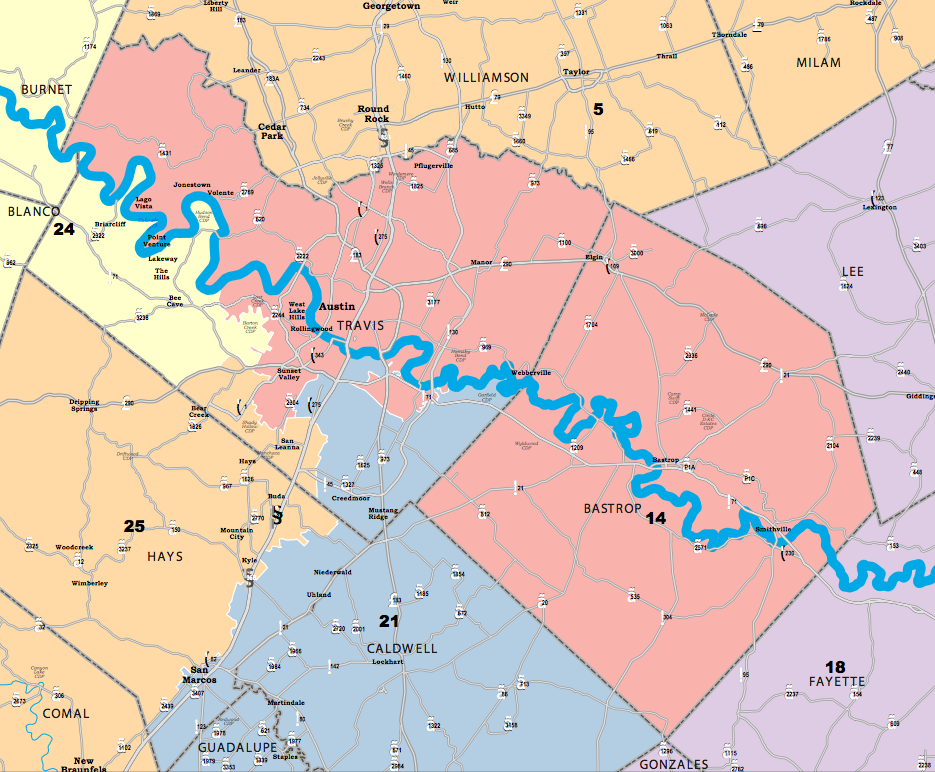 Starting to the west, my district tracks along the border of Lake Travis, one of two major water supply reservoirs of the Lower Colorado River in the Highland Lakes. In times of drought, it provides the primary water supply for Austin and much of the surrounding area as well as the water supply for power plants that are important for reliability and stability in the ERCOT electric grid. Beautiful homes, thriving communities, and successful businesses have been built around Lake Travis.

When we’re not in a major drought, Lake Travis has also historically provided water to support rice farms in counties near the Gulf Coast. And it has sustained the river ecosystem that is home to fish and wildlife and provides for recreation, hunting and fishing all along the Lower Colorado River basin.

The Colorado River flows right down the middle of my district when it hits Bastrop County, which benefits greatly when the water flows in the right amount.  And bubbling underneath Bastrop County is the Carrizo-Wilcox Aquifer, which is a critical source of water for many Bastrop communities. Meanwhile, the folks who live in the cities of Bastrop and Elgin and Smithville know they sit just a short drive from Austin, and with that, they are well positioned to grow. And, there are other places growing that are looking at that groundwater.

For many years, my focus on water has been to plan for and protect Austin’s current and future water supply. That’s in part because I’ve been so deeply involved in Austin’s long-term water planning from as far back as my days as mayor.

But I now represent Bastrop County, too, and I’m spending a lot of time addressing the water challenges there.

Talking about water only gets harder during a time of drought. And, it takes some guts to say what needs to be said, and do what needs to be done.  Fortunately, I’ve been witness to a fair amount of courage when it comes to addressing the water challenges this region has faced during this current drought.

For example, the LCRA board made a big decision when it voted unanimously to update the water management plan for the Highland Lakes. That plan protects the cities and firm water customers that have paid for water to be there today and in their future, even during drought.

The difficulty for some in this vote is that it acknowledges a harsh reality that has been exposed by this ongoing drought: there might not always be water to share with agriculture in the future. That’s a difficult scenario for the downstream rice farming communities that have been able to rely on the Colorado River.

Senator Troy Fraser and I together applauded the LCRA Board for making that difficult decision. You can read our statement here.

Rivers and aquifers don’t follow political boundaries, so I welcome opportunities to meet with folks who live outside of my Senate District to talk about water. Haskell Simon, a rice farmer and LCRA institution, has taken me up on the offer. And I look forward to seeing Haskell soon because he threw in a promise to bring me a chocolate-dipped ice cream cone from Dairy Queen.

In the meantime, he sent me two books “to round out my water library.” 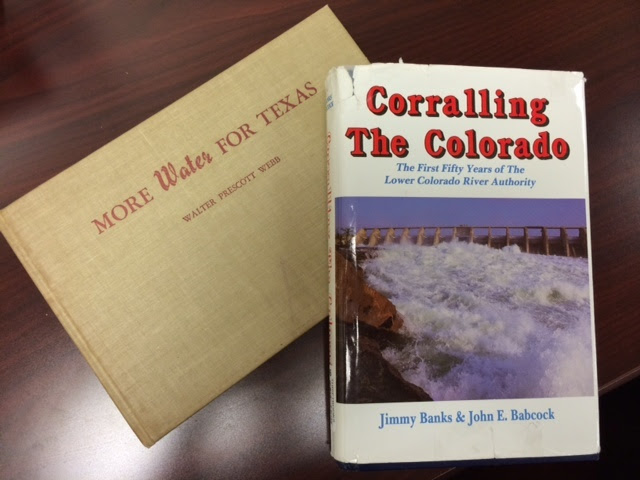 Haskell describes Walter Prescott Webb’s 1954 book, “More Water for Texas,” as an unofficial version of the first planning in Texas.  The book was published during the drought of the 1950s, which became “the state’s most significant recorded drought.”  We’re likely surpassing it now.

Chapter 5 of Webb’s book struck a chord. Its opening passage reads: “If this were a political pamphlet, designed to please everybody, we would find a way of saying that with proper management, every section of Texas could have all the water needed for municipal use, for irrigation and for industry.  The only trouble with such a statement is that it would be false.”

That 60-year old statement is even more true today. Given the realities of balancing a finite resource with a growing economy – and an ongoing drought – a talk about solutions is where any respectable public conversation about water should seek to end up.

I’m happy to listen to new ideas and different perspectives because, contrary to what I was advised, talking about water is the only way we’re going to find solutions.