No joke. We have early victories.

Yikes.  There hasn’t been a Watson Wire in a while.  I’ve been lost in the weeds of the state budget and working to fend off some really bad bills that are priorities for those in control of the Senate.

But I realize that’s no excuse for you not getting the Watson Wire. It’s hard to imagine how you’ve managed.

So I have an idea to boost your spirits.  Let’s talk about some early victories. (Yeah, I said, “early”.  We’ve still got a long way to go).

Getting Trucks Off I-35

As part of my “everything AND the kitchen sink” approach to I-35 congestion, I’ve worked with the Texas Department of Transportation (TxDOT) on an experiment in recent years.  It’s a toll discount program aimed at getting trucks to use SH 130 as an alternative route. During these temporary experiments, we’ve seen truck traffic transactions on SH 130 increase by about 45 percent. TxDOT estimates that means there were about 1,000 fewer trucks on I-35 every day.

Because of these successes, I’ve been working to make that program permanent.  So far I’ve managed to get more than $37 million in the Senate budget to get it going for at least the next two years.

If all goes as planned, this is what traffic will look like on I-35. If only. 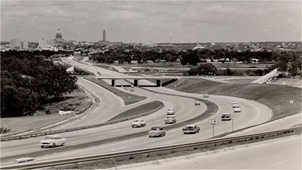 Senate Bill 1, the centerpiece of the Senate’s tax reduction package, increased the school homestead exemption. I had filed similar legislation because I’ve had two consistent goals:  increase affordability in Austin and reduce the state’s reliance on local property taxes to cover the state’s own obligation to public schools.

My bill maintained the state’s current practice of protecting school districts against any loss of revenue stemming from the higher exemption. As filed, SB 1 did not provide that full protection. I pushed for — and got — changes in the bill that ensure that school districts won’t pay the price for the state’s tax relief.

Over the years, budget-writers have hoarded billions of dollars in accounts from taxes and fees that were raised for a specific purpose but never spent. The state continues to collect the money, allowing the account balances to grow, and two of the accounts with the biggest balances are intended for reducing air pollution: the Texas Emissions Reduction Plan and the Low-Income Repair and Replacement Assistance Program.

You all know that the hoarding of these dedicated taxes and fees drives me crazy. During budget talks, I made a deliberate effort to get as much as I could for these clean air programs. Between the two of them, I got an additional $160 million into the Senate budget for reducing air pollution.

Yesterday, I protected Austin against legislation that is intended to limit a city’s ability to open up affordable housing for people with federal housing vouchers.

These wins get me through day as does the enthusiasm from young people like Marcellus Jordan and Kristen Williams, who were part of the Jack & Jill teen leadership program. They give me hope. 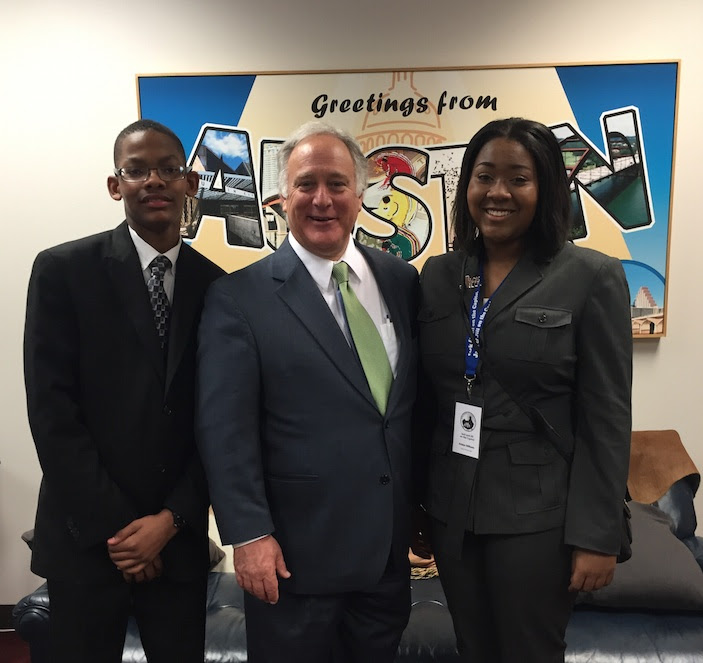