The Rule of Law

We heard a lot during the 140-day regular legislative session about the imperative of following the Rule of Law.

But last week, during the 30-day “special” session,” those in control of the Texas Senate showed that those words are little more than empty rhetoric. As we took up Senate Bill 3, the discriminatory bathroom bill, they faced a choice: uphold the Texas Constitution or political expediency. They chose the latter. 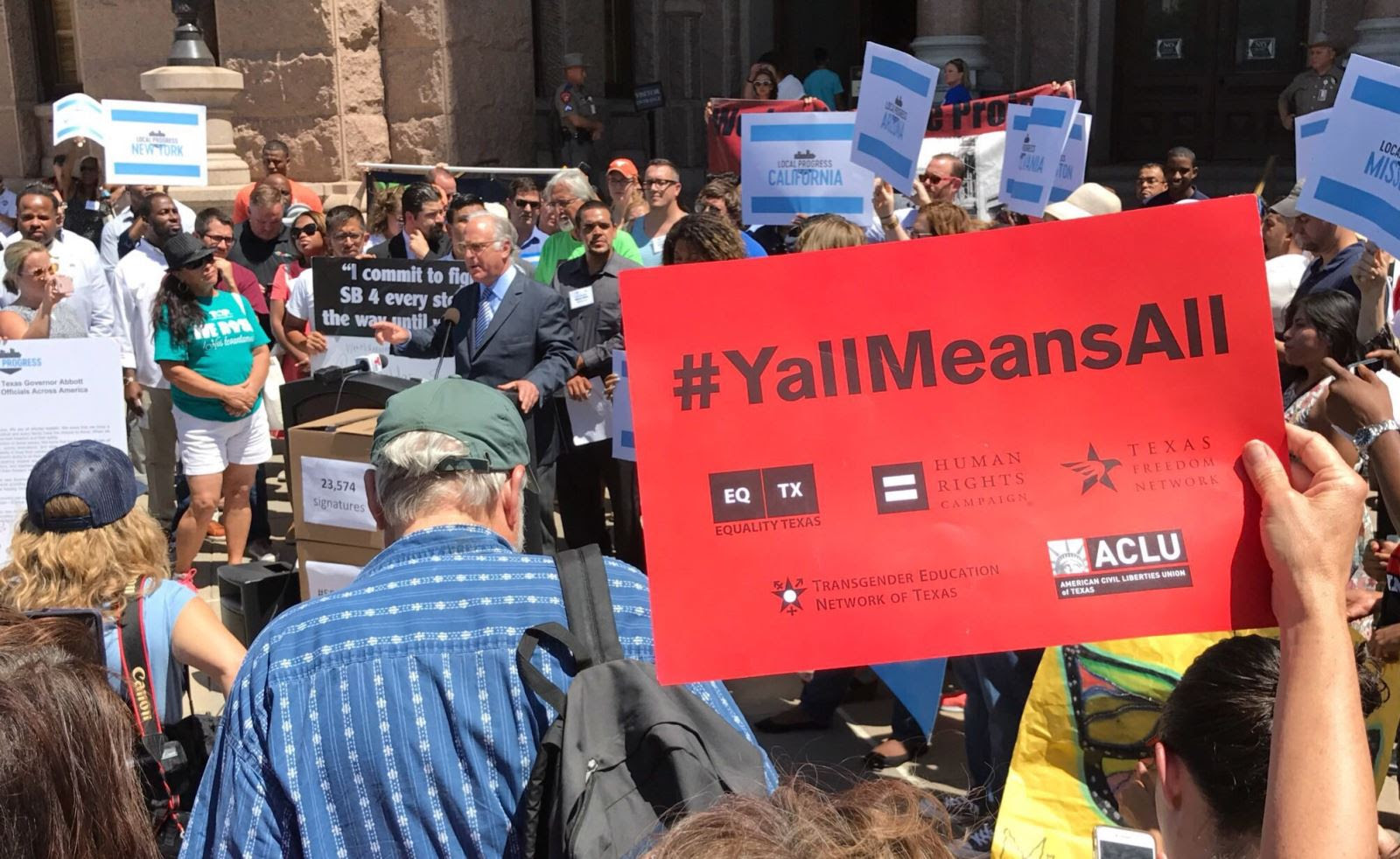 See, the Texas Constitution is quite clear that, during a special session, the Legislature may consider only those subjects that are designated in the Governor’s proclamation — also referred to as “the call.”

The Governor could have used any language he wanted, but he chose limited language that addressed only “the use of multi-occupancy showers, locker rooms, restrooms, and changing rooms.”  Yeah, the subject of the call is for legislation relating to, as the bill’s author said over and over, “intimate places” like bathrooms.

SB 3 regulates these facilities, but it also includes language that regulates participation in athletic activities — meant to restrict transgender athletes. This is outside the call.  The bill’s author, when laying out the bill, even said it was more than a bathroom bill.  She did this because she wants it to be something more than a discriminatory bathroom bill.  That’s her ridiculously weak rationalization for carrying a bill that is so discriminatory and bad.

Well, we should take her at her word.  She admitted this bill was outside the call.  Bills that are outside the Governor’s call can certainly be filed but, if considered, they are subject to what’s called a “point of order” that can and should kill the bill.

That’s what I did. I called a point of order on SB 3 in an effort to bring down a terrible bill that targets a group of vulnerable Texans. 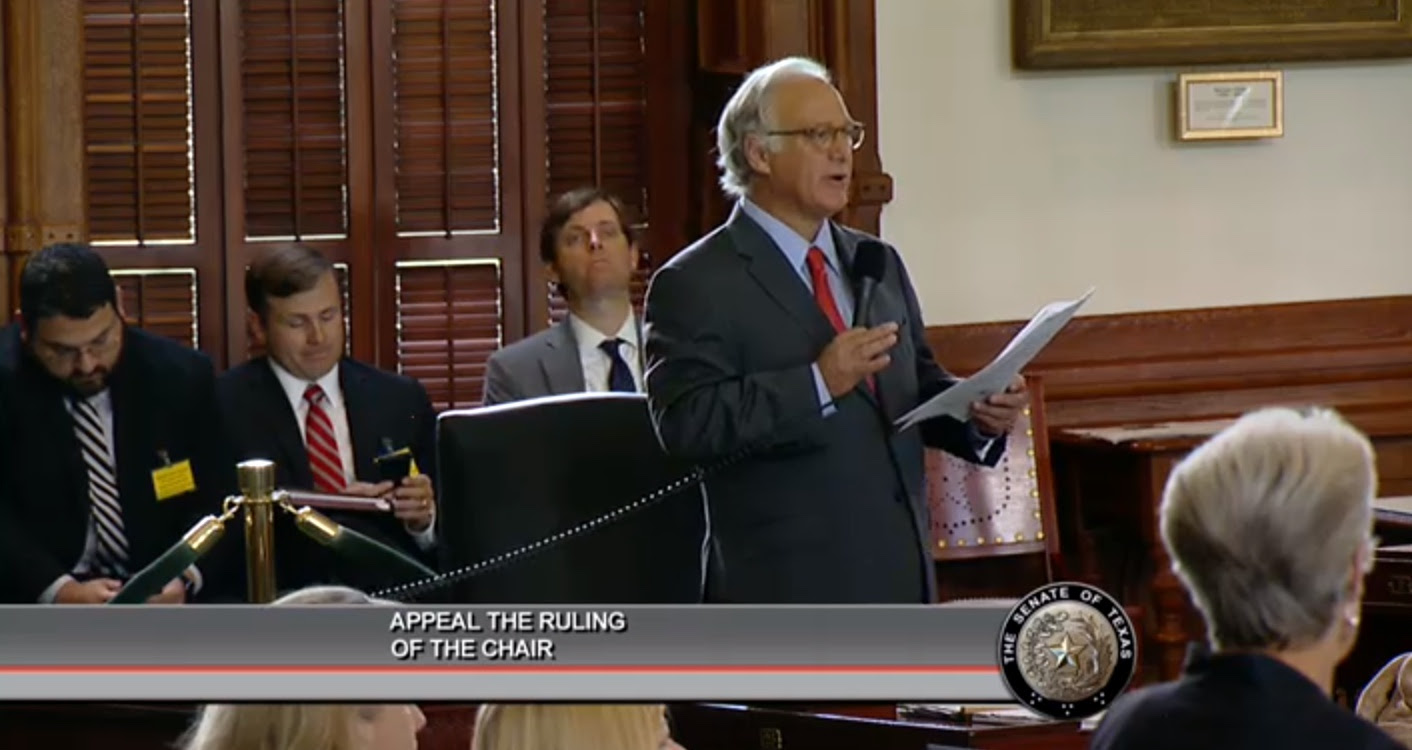 It’s often said that the Senate operates in absence of rules, and there’s a sad truth to that.  But this time, the question centered on the Texas Constitution, not a rule that can waived by the majority.

Unfortunately, that’s exactly what they did. They voted to uphold the ruling of the Lieutenant Governor even though it required them to abandon their common sense.  And if you watch it, you’ll see they can’t give a reason why.

That’s because they’re operating outside of the Rule of Law.

I recently said that those controlling the Capitol were willing to bend or break rules to stifle dissent and get their way. Now, we have another example.