There have been a couple of stories in the last few days and weeks about the University of Texas, its future, and what it means for this state.

But odds are, unless you read the newspaper pretty closely, you only heard about one of them.

The story you know concerns the controversy over the governance of UT Austin – the giant, ugly, political mess that concerns UT Austin’s leaders, the UT System Board of Regents, Texas Senators and Representatives, the Governor, faculty members, countless alumni, tens of thousands of current students, hundreds of thousands of future students, and our state’s reputation and future.

It’s a big deal. This situation, which is sadly and amazingly turning into a showdown, will help chart the course for one of the most important institutions of higher education in this state.

Texas didn’t need this controversy. It’s an unnecessary, political, personality-driven conflict. UT Austin was doing just fine – actually, scratch that; it was doing much better than fine, and it has been for a long time – before this mess started. If people had just stuck to what they’re supposed to be doing, it would’ve been doing fine for a lot longer.

You know how I can tell? 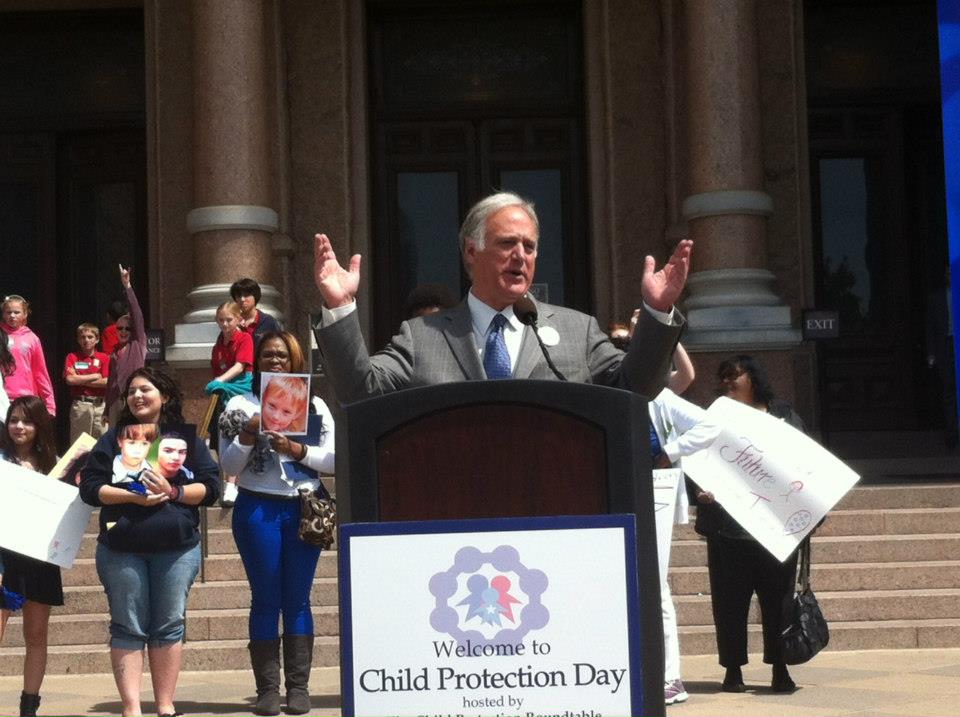 Well, that brings me to the second story about UT that’s been out there recently: the foundational work to ensure that Austin will have a medical school that’s ready to accept students as early as 2016. Look: our new medical school even has a web site and everything.

This story doesn’t have the soap-operatic intrigue between big bureaucracies or powerful politicians. It’s progressed quickly and quietly since a lot of you helped write it last November by voting to pass Proposition 1, endorse my 10 Goals in 10 Years, support a new UT medical school and revamp health care in Travis County.

And remember, UT Austin and the UT System were in on this from the beginning. For years, UT Austin has been assembling the resources and assets that will make the med school possible. The UT System, meanwhile, guaranteed at least $25 million a year and another $40 million over the first eight years to assure this would happen.It’s a powerful narrative – one I’m enormously proud of. It demonstrates the blinding potential that’s contained in that campus and the System, as well as the massive returns UT can spin off to Texas when people work together and focus on the things they’re good at.It’s true: What starts here changes the world.Five months past the election, I’m enormously proud to report that the medical school and related initiatives are moving forward at a remarkable pace. It’s inspiring to watch.

As you know, I’ve spent well over a year mediating relationships, crafting agreements and working to improve health care across Travis County, in part by creating a medical school at UT. It was an honor of my life that a sizable majority of Travis County voters passed a tax increase to support this effort with Proposition 1.

And let me be clear: none of it ever would have worked if a vast array of partners – including UT System administration, UT Austin leaders and the Board of Regents – hadn’t set this as a priority, utilized their strengths, cooperated with others wherever possible, and worked as hard as they could to make it happen.

At the same time, I’m also very much involved in the current controversy over UT Austin, its leaders and its future. As UT’s state senator, vice-chair of the Senate Higher Education Committee and a member of the Joint Committee on Oversight of Higher Education Governance, Excellence & Transparency, I’ve been working since well before this legislative session to protect UT and its reputation.

But it breaks my heart that it’s come to the point of having to take sides.

Because when all of these people we’re talking about work together, they can achieve amazing things. I’ve seen it. With the medical school alone, we’re all experiencing it right now.

It’s time to focus on what can be created when we come together, focus on our strengths and trust others to do their jobs – not allow differences to destroy things we love.