Preston Watson and Catherine Edsel were married this past Saturday night.  Preston is our oldest son and, now, Catherine is our only daughter.  Our youngest boy, Cooper, was his big brother’s best man. 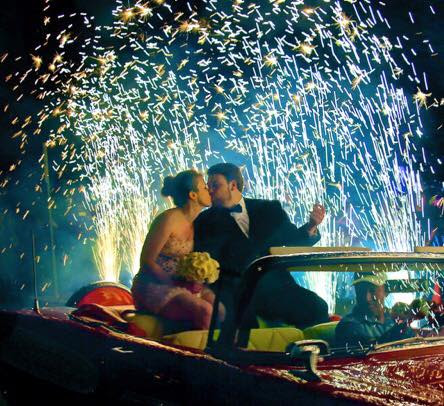 The Taxes Were Paid

The week leading up to the big event had its moments.  On Tuesday, Liz sent me a text saying, “The taxes aren’t in.”  She also suggested that Preston was worried.

I was a little preoccupied with a number of crises at the Capitol.  When I saw the text, I was upset and confused.  Why hadn’t my taxes been paid and, frankly, why did Preston care so much?  The boy had other things besides my obligations to the IRS to be worried about.

It took me about 4 hours before I was able to call her back.  Rushed, I said, “What’s going on?”  Liz replied, “They can’t tell me why they’re not in.”   I thought to myself, “That’s just nuts.  My accountants can’t tell me why my taxes aren’t in?”

We went back and forth about the problem for quite awhile.  She was telling me that there was no good excuse for this.  I was incredulous and pretty angry about my taxes not being paid.  Eventually, in a tone typically reserved for me showing disdain for bad bills, I said, “We signed the return on the 13th or 14th.  What could have happened?”

Liz, now clearly irritated at me for apparently being dumber than usual, asked, “What are you talking about?”

“You sent me a text telling me that the taxes aren’t in,” I responded, a little irritated myself.

Another pause, and then Liz said, “I hate auto-correct.  The tuxes aren’t in.”

The Tuxes Came In

We got the tuxes.  The only problem we had is that apparently a man with my waist size, according to the charts of normal human bodies, is supposed to be 6 feet 7 inches tall.  There was at least a foot too much fabric in the legs.  If I hadn’t had the pants altered, I would have had a longer train than the bride.

Everything else went perfectly.  Everything.

These two are great kids.  They’re wonderful young adults with a neat love for each other.  And I really like Cat’s family.  Preston is a lucky young man to marry into a crowd like that.

And I look like a million bucks in a well-fit tax.