That’s nice and I appreciate it so much.  It’s really neat to be recognized this way.  Because the award is in my name, I get to pick the recipient. That may be the best part of the recognition because it gives me a very good reason to honor someone who serves us in meaningful ways.  Picking just the right person turned out to be hard work.  Not because there aren’t many great people touching lives, but because there are so many great people touching lives.

The truth is I wanted someone whose name had never have been nor may ever be on a ballot.  I hoped to find someone who gives part of themselves to others.  Someone, in fact, who defines herself by their relationship with other people—by the help, love and gifts they give others.  Frankly the model I was looking for was a person who revealed the same selflessness and commitment to serving the public good as did Don Watson, my father, who was a government employee really his entire life.  His calling was to serve.  It’s how he saw himself.

I found that person.  On Saturday night, I had the honor of giving the very first Kirk P. Watson Service Award to Anabel Garza. 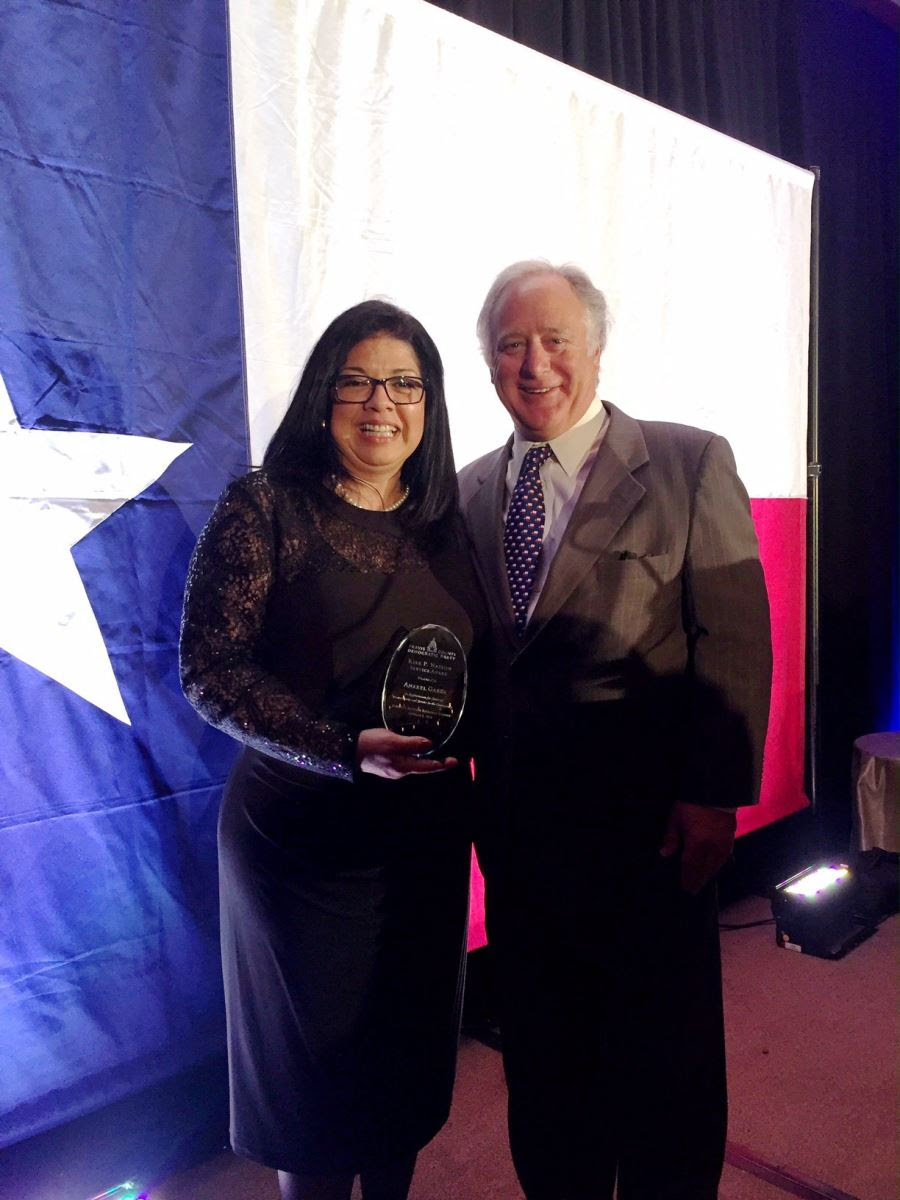 ‘There’s always the possibility of a wonderful ending.’

Anabel Garza is the principal of Reagan Early College High School in Northeast Austin.  Her dedication to the students and teachers at Reagan is chronicled in a great book, “Saving the School,” which is described as the story of one woman’s fight for the kids that education reform left behind.

In 2010, Reagan was on the brink of closure by the state. Principal Garza and her team had one year left to meet state accountability standards…or else.  It took a combination ofheart and doggedness as well as a meticulous attention to detail about the students’ needs. It was an all-out community effort to turn around a local school and Anabel was at the helm.

She makes a difference in kids’ lives, creating enormous opportunity in situations where sometimes the opportunity may be hard for many to see.  But not for her.  Every person, every kid deserves opportunity.  And many need someone to open the door.

Saturday night I said that I could filibuster on all the great things about this wonderful person.  But I’ll let Anabel say it for herself:

“I always feel like, when you have kids, there’s always a chance, and there’s always the possibility of a wonderful ending. Although some people don’t believe that’s possible, I believe it’s possible with any – any– kids. Can they all achieve the same way? No. We’re not all at the Olympics today. But can I go out and do things to the best of my ability, the best of my potential? Yes, because that’s my job, to get you there. I’m not the smartest person or the most talented person, but you are, in some shape or form, and I can find it and I can push it and I can help you do that.”

Anabel Garza is a true public servant.  I’m so excited to recognize her work and name her as the inaugural recipient of the Kirk P. Watson Service Award.