Can you name three issues on the November ballot?

Fresh out of law school in the 1980s, I just knew I was the second coming of Tony Petrocelli, my favorite TV lawyer. 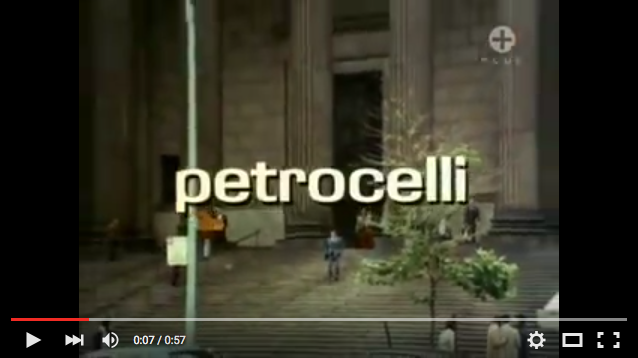 In one of my first trials in the Travis County Courthouse, I remember cross-examining a witness and was absolutely on fire.  I had that guy in the palm of my hand and was just sure that everyone — the 12 jurors, the bailiff, the judge — was mesmerized, looking straight at me.

Just as I was about to lower the boom, the judge inexplicably interrupted, “Uh, Mr. Watson.”   I looked up at him.  He said, “There’s a trash can behind you that’s supposed to be catching that water dripping from the ceiling. Can you please move it?  The water’s hitting the floor.”

Today, conditions at the Heman Marion Sweatt Travis County Courthouse are downright deplorable. State District Judge Karin Crump recently posted this photo of an indoor rain collection system that had been installed in her chambers. 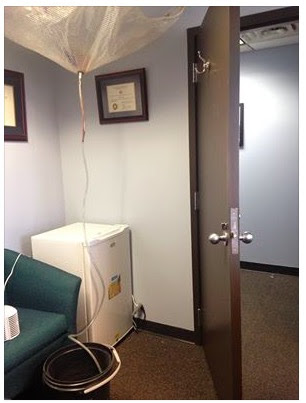 Our courthouse has served us well, but it’s well past time for a new one. Built in 1931, the courthouse had three courtrooms to serve a county of 78,000. Today, it has 19 courtrooms with no room left for the other five that a county of 1.15 million people should have.

And the old building is no longer safe for the people who come to the courthouse. There isn’t needed space to keep victims of family violence away from their abusers.  Vulnerable kids don’t have someplace to provide testimony in private.  Other kids are left waiting in the sometimes crazy commotion of packed hallways while their parents are in the courtroom.

We need a new Civil and Family Courts Complex to assure access to justice in a safe, accessible building.  The proposed facility will be centrally located, near public transportation.  It will also complement our downtown with space set aside for retail, non-profits and a theatre.

I encourage you to get more information and support this county bond proposition. Early voting begins Oct. 19.

What else is on the ballot?

The state has some constitutional amendments on the ballot as well:

As I’ve written before, I filed legislation that looked a lot like the homestead exemption measure that’s on the ballot because I had two consistent goals:  increase affordability in Austin and reduce the state’s reliance on local property taxes to cover the state’s own obligation to public schools.

The higher exemption will trim a homeowner’s tax bill by $120 and the state is on the hook for the school district’s lost revenue. Our property tax problem won’t be fixed until the Legislature begins carrying its fair share of educating our schoolchildren. In the meantime, the higher homestead exemption will help.

The current constitutional provision dates back to a time when it would be pretty difficult for folks in Austin to reach the lieutenant governor or attorney general or whoever if they were living in Lubbock or even in Bastrop. Now, with technology and such, Lubbock isn’t so far away on a day-to-day basis.  And if it’s abused and you can’t get access to them, it will be a campaign issue.

I sort of see it as teleworking.  I only wish the Legislature and Governor recognized that with the same technology and such, state employees could do more work from home to help keep them happier and reduce traffic congestion. (Yeah, I’m almost over the Governor vetoing my bill that would have fostered teleworking for state employees.)

Proposition 6: Right to hunt and fish

This falls into the category of “Do we really need this?”  I’ve never heard of anyone needing a constitutional protection to hunt and fish in Texas.

But I do support making sure people can enjoy hunting and fishing, and I was able to help get some changes to make it where some safety concerns could be met.  So I’m voting yes.

I originally opposed constitutionally dedicating sales tax dollars to transportation because I worried that creating an entitlement for transportation would tie the hands of future legislators if they faced an economic downturn as we did in 2011. Sufficient protections were added during the legislative session, and ultimately I supported the final version.

With this constitutional amendment and some other funding changes, Texas will have an additional $4 billion or so to improve our highways. That amount does not, however, come close to what is needed to reduce traffic congestion and there are no other easy options left. We have to find a truly new and dependable source of revenue for transportation that doesn’t cannibalize funding for schoolchildren and the rest of the state budget.

Information on the rest of the constitutional amendments can be found here. Now, go vote.