You’d think I would’ve learned by now. I’m going on, let’s just say, several decades as a Texan and yet it seemed like a perfectly good idea to go for a run around the lake in the middle of the afternoon — in the middle of July.

Hot.  Crazy hot.  So hot I’ve just got to think that somehow the federal government is making Texas hot. See, we’re Texans and if there’s something you don’t like, you blame the federal government.  Right?  I mean, really, doesn’t the Constitution say something about states having the right to be cooler?  Have you noticed it’s cooler in Vermont?  Yeah.  It’s a blue state.  It’s cooler in Colorado — a purple state.

It may be the heat stroke talking, but I think I’m onto something here.  Thanks, Obama.

Whatever the reason, I shouldn’t be running in the middle of the afternoon in July.  I’m still out of shape from the session.  And it proves I’m not as smart as I like to tell my constituents I am. 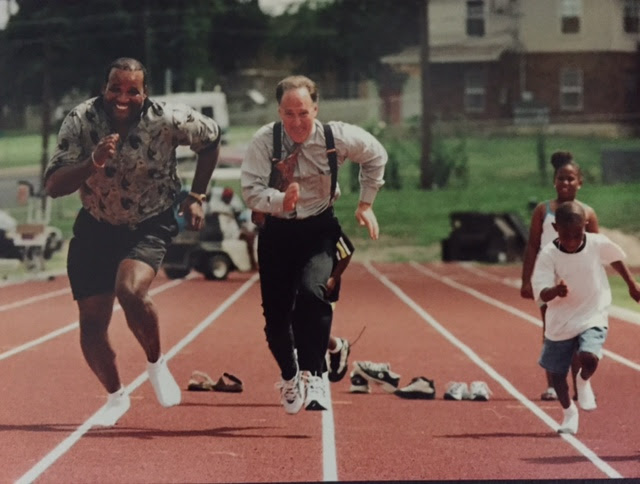 As we all bake in this oven we call Austin, the nitrogen oxides and volatile organic compounds that are created by things like our cars and lawn mowers are baking, too.  When those things cook, they make ground-level ozone. For the non-scientists (and don’t get me started on how we don’t have to listen to scientists in Texas), that’s what we call smog.

If it reaches unhealthy levels, it can lead to real problems for everyone.  It’s especially harmful to our neighbors with respiratory problems, such as asthma, as well as the others who spend a lot of time working or exercising outdoors. Failure to clean up our air can also have a big effect on our economy and our ability to address our transportation needs.

August and September are typically the worst part of ozone season and we need everyone to pitch in to keep our air clean and healthy.  You can do this by driving less and not idling in your car, reducing your electricity usage, mowing your lawn at night, filling up your gas tank at night and not topping off.

It’s worth doing. The little stuff adds up.

I had the opportunity this week to talk about air quality at a gathering of meteorologists and other folks from the media at an event sponsored by the Clean Air Force and the City of Austin. Now, I’ve been talking about air quality for my entire political life, ever since Gov. Ann Richards appointed me to chair the Texas Air Control Board, the predecessor to today’s Texas Commission on Environmental Quality.

At the time, the federal government had just handed down a very significant expansion of the Clean Air Act. We worked with the industries most affected by the new standards to figure out common-sense ways Texas could craft its rules to comply with federal law. Not complying was never an option.

We’re once again on the verge of another major change in federal air quality standards. We expect stricter standards to be announced by October 1.

So, rather than seeing this as another opportunity to sue, I suggest Texas take a different tack.

Let’s follow the example of many major industry players. They know these changes are coming and worked with me during the legislative session to reauthorize the Texas Emissions Reduction Plan (TERP) and increase funding for it. Through my role on the Senate Finance Committee, I was successful in getting additional money in the budget for TERP, though our reauthorization bill fell victim to some political gamesmanship.

TERP has played a pivotal role in reducing air pollution for well over a decade and it will be even more important under the new federal standards. Failing to meet the air quality standards has serious economic consequences and could eventually threaten federal highway funding. We can use TERP wisely to ensure that doesn’t happen.

So, stay cool and help us all breathe easy.