Thanksgiving’s past; 2014’s close. Seems like a good time to look back at the past year and get ready for the next one.

This past year, we made it through another regular legislative session and three so-called special sessions, including one with an historic filibuster.
There was one, uh, I guess you might say funny thing about that filibuster night …

After the Lieutenant Governor amazingly (and wrongly, not that I’m still upset about it) tried to shut down Wendy Davis’ filibuster, I took the floor in an effort to use the Senate rules to beat that bad bill in the final hours of the special session.

I saw later that at that dramatic moment, some folks on Twitter were asking:  “Who is this guy?”

You know, Twitter is such a positive, reassuring place. One wag was kind enough to answer the Twitter universe by ignoring the weight of my argument and noting that, while he didn’t know me, I’d really packed on a few pounds. He linked to a picture of me that was taken when I was, indeed, several (as in more than just a few) pounds lighter and in half-marathon shape.

Sadly, the weight watcher had a point. I really did gain a ton of weight. And yes, the intense work of a legislative session makes a great excuse for (among other things) not being able to run or work out as much.

The problem is that I haven’t taken off the weight. The collars on my dress shirts are getting so tight that I get a little light-headed by noon each day due to a lack of oxygen.

So 17 weeks have passed since the last special session ended. That’s 17 Mondays on which I was going to start dieting and training for real … and 17 times I’ve said I didn’t care, quit the diet and ignored the training.

All that’s done. I’m declaring the session to be over. Finally. Really. And I’m putting it in writing so that it will be humiliating if I fall off the wagon.

I’m starting a filibuster against fat. And barring some unexpected injury, I’ll run a half marathon in mid-February (and no, I’m not going to use the fine print to hurt myself and get out of this).

Stay tuned. I’m going to look like that picture again.

Last week, I had a really incredible honor – I got to address several hundred new Americans at their naturalization ceremony here in Austin.

It was an incredible day. You know, every day of my life, I’m thankful that I’m an American. It was just amazing to spend the day before Thanksgiving with so many people who were about to be able to say the same thing. 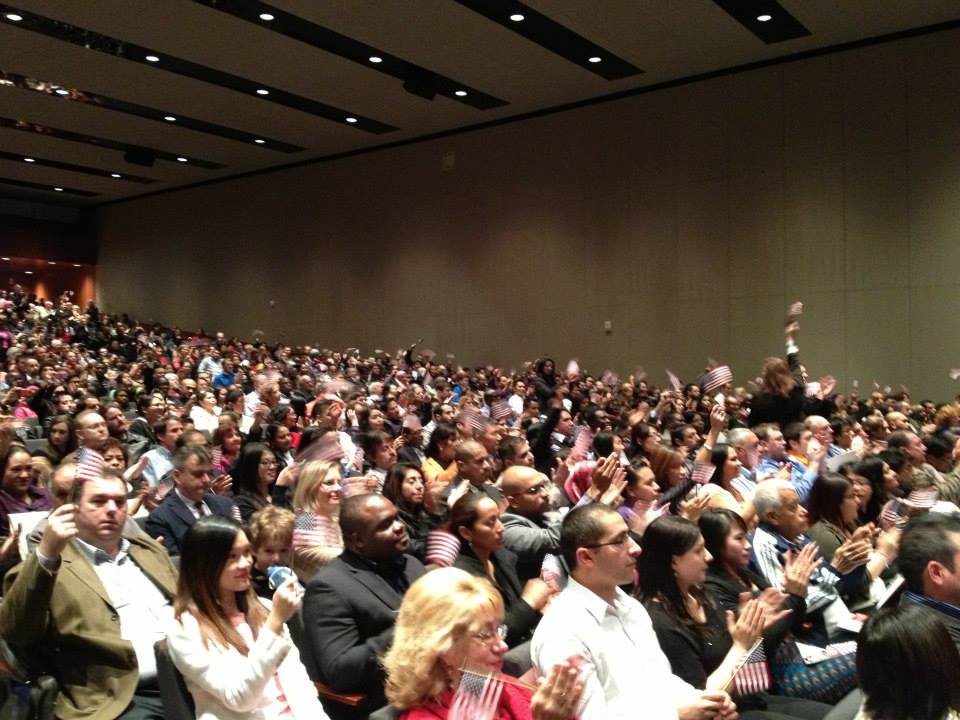 You can read the whole speech here. But here’s some of what I said:

I have no doubt that you’re as thankful as I am to be part of the fabric of this country. That’s a great feeling, a proud moment, and it’s my honor to share it with you.

But here’s one very important thing I want you to understand:

We’re just as thankful for you.

We’re thankful that you’ve become a part of our country.

We’re thankful for your faith in the United States, and for the powerful trust and hope that brought you here today.

We’re thankful for the experiences you’re bringing with you … for the expertise you’re going to bring to bear for all of our shared benefit.

We’re thankful for the mark you’ll leave, and the difference you’ll make. We are a stronger country, thanks to you.

And we’re thankful for your example. It’s something we need right now.

First of all, we need your uniqueness.

People talk about “diversity” a lot, and they should. But it isn’t just some concept that makes us feel good about ourselves.

The fact is that every single one of you is different from me. There are over 375 of you here today. You come from 63 different countries.

Every one of you has experienced things I haven’t experienced. You’re familiar with issues and challenges that I might not even know about – would have difficulty comprehending – and you have ideas about how to solve problems and capitalize on opportunities that haven’t ever occurred to me.

Those things, those experiences, those ideas that make us different are the very things that make this country strong.

Now, if you watch the news, read the media or listen to some political candidates, it’s easy to think that the things that make us different somehow make us weaker …

But make no mistake: the thing that made this country great – the single greatest asset we bring to the table – is our people and the unique perspective they bring to the problems and opportunities we face.

We have only one label that truly matters. We are “Citizens of the United States of America.” So, as citizens, I hope you’ll fight efforts to divide us. I hope you’ll look for ways to come together with your fellow citizens to take a clear-eyed look at our challenges and help us come up with creative ways to meet them.

But your perspective isn’t the only thing your country needs from you.

We also need your optimism.

You’re demonstrating so much hope by taking this step. You’ve worked so hard to become a citizen of this wonderful country.

It’s not much of a stretch to say that you’re betting your lives on the future of the United States.

We need that confidence and faith. We need the optimism and hope you’re demonstrating simply by being here.

We all have so much to be thankful for. I hope you had a great Thanksgiving.