Right now, all across this great city, people are VOTING. They’ll be voting early for another 11 days. After that, two weeks from today, is November 6: Election Day.

Makes you forget all about football season, doesn’t it? No? What if your team’s 0-3 in conference?

My focus, which I may have written about recently, is Proposition 1. This is the big health care initiative before Travis County voters right now (seriously, right now, at an early voting spot near you; you should head there over lunch).

Prop 1 has been endorsed by a huge range of organizations: everyone from the Travis County Democratic Party and nearly every Democratic club in town to the Greater Austin Chamber of Commerce and nearly every major business group in town; from Planned Parenthood and the Austin Central Labor Council to the Real Estate Council of Austin and the Downtown Austin Alliance; from the Chronicle to the Statesman.

And what is it about Prop 1 that screams “Kumbaya” so loudly?

Well, it’ll keep you and your family healthier. It’ll help make Austin a center for treating cancer and other illnesses. It’ll ensure you can get more cutting-edge treatments here without traveling to other cities. 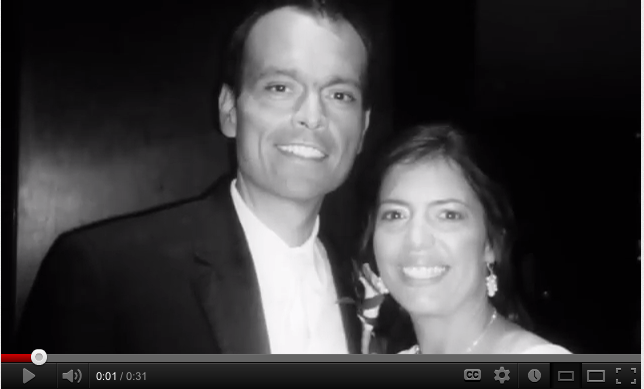 It’ll create 15,000 permanent jobs and about $2 billion annually in economic prosperity, plus help establish the pipeline of doctors our region needs.

And it’ll pay for more doctors to treat Austin’s poor and uninsured, in part by purchasing the services of a new UT med school’s students and faculty. These folks would work in our community clinics, new teaching hospital and neighborhoods to keep us and our families and neighbors healthy.

I’ve heard some folks say our hometown university should just build its own med school. Frankly, I think that’s a great idea. I wish they could; I imagine the folks at UT wish the same thing.

Here’s the problem: UT has watched its support from the legislature decline terribly in recent years. (Remember all that railing I’ve done about those in control of the Capitol failing to invest in higher education?) It simply can’t afford to open a medical school on its own.

To its great credit, though, the University has identified 90% of the operating costs for a med school. If it’s guaranteed a revenue stream (in exchange for the work of its students and faculty) to cover the last sliver of costs, UT can move forward.

So if we pass Prop 1, then our community will start growing the additional doctors it needs; the poor and uninsured will better avoid taxpayer-funded ER visits; and our families and neighbors will have an easier time finding physicians, clinical trials and jobs.

To pull this off, Prop 1 includes a 5 cent property tax increase. That equates to about $9 a month for the average homeowner, or 2% of the total tax bill in most of Austin. Given Prop 1’s huge benefits, that’s a great deal for taxpayers.

As we enter the home stretch, there’s no shortage of stuff for you to post on Facebook so your friends, family members, neighbors, barbers, baristas and whoever else will vote FOR Prop 1.

You saw the TV ad above (which, seriously, should remind us all how much is riding on the outcome of this vote).

There have also been a couple of radio ads, some with me and others with our former Republican ComptrollerCarole Keeton Strayhorn. I don’t know if you’ve heard, but she’s one tough grandma. I’d do as she says, if I were you.

And there have been a couple of great newspaper endorsements, too. Here’s the Chronicle’s:

While this five-cent hike (to 12.9 cents per $100 valuation) is hefty on a percentage basis, it would put Central Health on a more sufficient financial footing and represents Austin and Travis County’s best current chance for a greatly improved health care infrastructure: medical school, teaching hospital, and a range of new clinics and services funded by both local taxpayers and potential federal Medicaid matching funds ($1.46 to every $1). State support for health care, especially for those Austinites who most need access to health care, is not forthcoming in the near future – indeed, more cuts are the orders of the day – and we must rely on ourselves to attempt to fill the gap. This self-assessment is an important and timely step in that direction, and we urge voters to support it.

Here’s a highlight from the Statesman’s endorsement, with its remarkable headline, “Medical school would offer hope to Austin”:

You should read the whole thing. It’s great.

So go vote. Today. Get your people out to vote to. And when you do, please vote FOR Prop 1.

A few hours after I sent last week’s Watson Wire, we learned that we’d lost one of our colleagues — Senator Mario Gallegos, Jr.

As I said in a statement last week:

It’s impossible to think of Senator Gallegos without remembering his 22 years of service in the Houston Fire Department, from which he retired as Senior Captain. It was as important to his story as it was to the lives and property of the people he loved and protected.

So much of a firefighter’s heroism comes simply from being ready to rush toward an emergency, whatever it is and whenever it arises.

Mario was always ready. In his nearly 22 years in the Texas Legislature (nearly 18 of those in the Senate), he was firm in his beliefs and resolute in his spirit. He never failed or hesitated to attack the emergencies he saw, even when risking his own life to do it. And his first instinct, in every case, was to protect those who were too often ignored, passed over or even held down by powers greater than themselves. Mario’s commitment to the least of us is one thing so many of us will treasure about his legacy.