Look what we found

We’ve moved offices in the Capitol to be a little bit closer to the Senate chamber and much closer to the men’s room. Come by and visit us in E1.804.

In the process of cleaning out the old office, we found postcards from a mystery sender with a detailed understanding of my legislative agenda in 2009 and a seriously weird sense of humor. 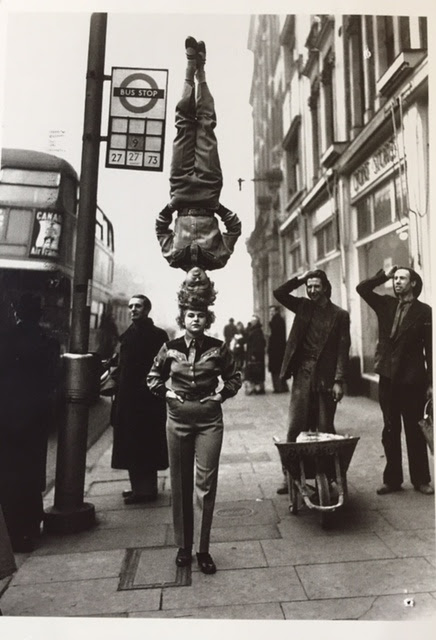 Anyone recognize this handwriting? My guess: Lt. Gov. David Dewhurst. 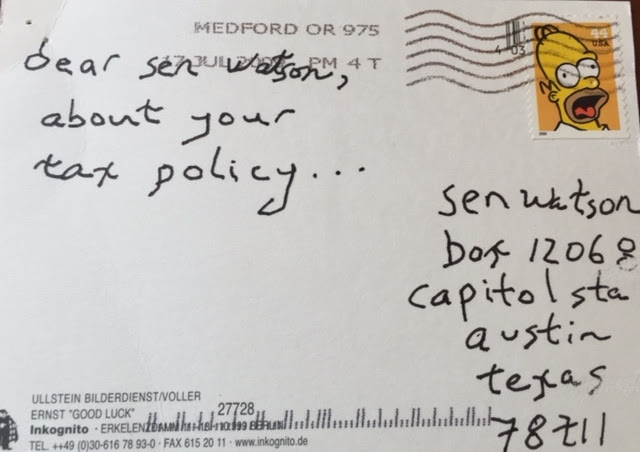 The Houston Chronicle picked up on my call to increase the mandatory school homestead exemption as a way to reduce property taxes, and simultaneously shine a light on how the state quietly takes advantage of rising property taxes.

I’m encouraged that the Chronicle editorial writers get that we need to strike a balance between reducing property taxes while not tying the hands of local elected officials.

No time to wait on school finance

Everybody — everybody — knows our school finance system is broken.

But there’s a lack of political will to do anything about it until the Texas Supreme Court rules in a sweeping lawsuit brought by two-thirds of the school districts. Oddly, there’s even a lack of will to begin discussing the problems.

Under the best of circumstances, it wouldn’t be an easy task to craft a school finance system for such a large, diverse state. The challenge will be doubly difficult this time around because we’ve lost a lot of institutional memory lately and legislative amnesia seems to have already set in at the Texas Capitol.

That’s why I think we need to start talking about the problems right now. Yesterday, I filed a package of bills aimed at jump-starting the discussion.

My bills address some fundamental problems that can be tackled during this legislative session, regardless of the lawsuit, and help school districts sooner.

Another proposal is to update the Cost of Education Index. This is meant to help account for variations in hiring costs between districts. In some communities, it costs more to attract teachers because of the cost of living or the location. This index hasn’t been updated in almost a quarter of a century.  It’s a fundamental part of the way we fund education and it’s no longer based in reality.

It’s silly that our state relies upon decades-old methods and information to pay for schools today. This guy thinks so, too. 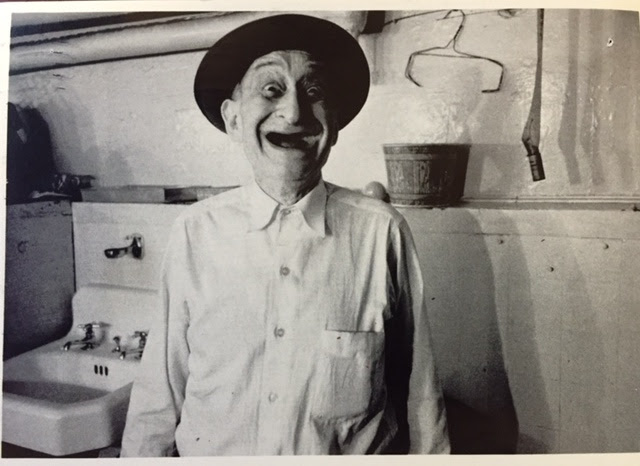