I’m pretty excited.  Over the past two weeks, I’ve introduced you to the 19 young leaders who will join the 2016 Kirk Watson Campaign Academy this summer. They’re an impressive bunch. Check them out here. 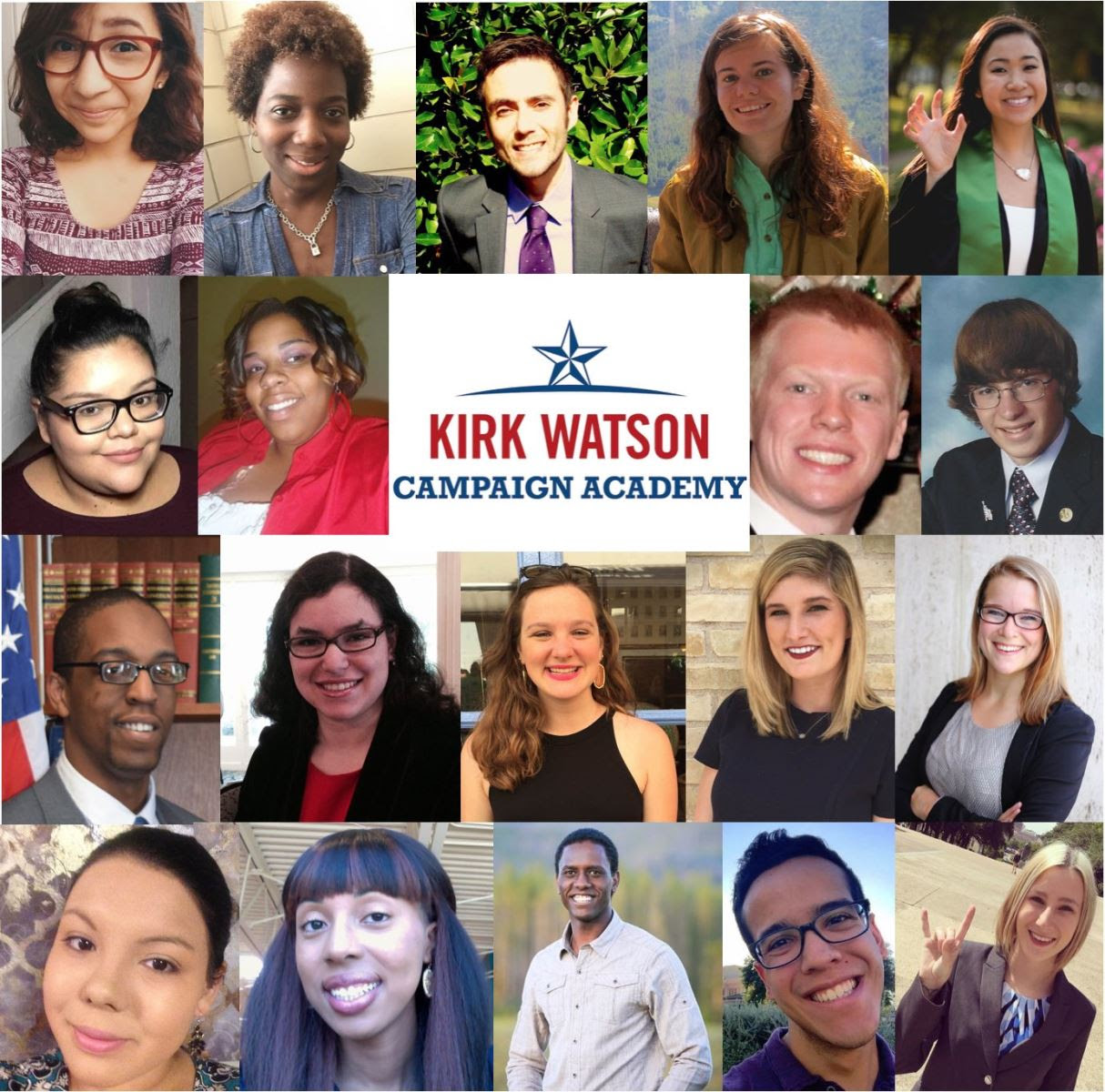 Each of the Campaign Academy Fellows brings an interesting perspective and focus.  For example:

– Lauren Rangel, a San Antonio native who graduated from Columbia University in New York City while raising her daughter, hopes to be a fierce advocate for the welfare of children;

– Ashton Willnow is committed to securing healthcare access for women; and

– Wondemneh Pawlose, who came to the U.S. from Ethiopia for high school, wants to reform and simplify the U.S. immigration system.

I could go on and on about the great ideas and passion these Fellows displayed in their applications, but I’ll let you check them out yourself here.

After six weeks of intense training, these Fellows will have new perspectives, new networks, and new skills.  Their experience over the six-week Academy – especially the Democratic state convention in mid-June – will shape them into the leaders they’ll become tomorrow.  These Fellows will come out of the Academy ready for hire on local campaigns and in other leadership positions.

As people hear me say often, I love being your state senator.  A big reason is that I get to do things like this.  I look forward to seeing what’s next for the young, creative, diverse, smart and energetic students that graduate from the Kirk Watson Campaign Academy.