My Word For This Year — And This Session

This past Sunday was the day that many people celebrate as the Epiphany.  The recognized date of the Epiphany was actually a few days before on January 6th, but this was the first “Sunday-go-to-Church” day after the real day.

The Epiphany is also sometimes called “Three Kings Day”.  It’s the day believed to be when The Magi visited the baby Jesus.  Matthew lays all of this out in his self-titled book at Chapter 2, verses 1-12.  The Big Three found baby Jesus by following a star to Bethlehem. (No, not the Governor, Lt. Governor and Speaker.  I’m talking about the real three Kings or Wise Men.)

At First Baptist Austin, our Senior Pastor, Griff Martin, led us in a very neat Epiphany exercise.  The church’s children passed around baskets of laminated paper stars with a single word written on each star.  We all reached in and picked our star without looking.

Griff told about a friend that’s a pastor at a church in Baton Rouge.  Her church did this exercise previously.  One year, his friend’s husband had terminal cancer.  As sick as he was, he wanted to go to church for his last Epiphany service.

According to our pastor, things happen mysteriously and you get the word you’re supposed to have.

(I admit that I felt a little uneasy as I reached for my star.  After hearing Griff’s moving story about a guy who was about to die, I prayed I wouldn’t reach into that basket and pull out a predictive star that said “Freedom”.)

Well, I got the word I’m supposed to have: “Unity”. 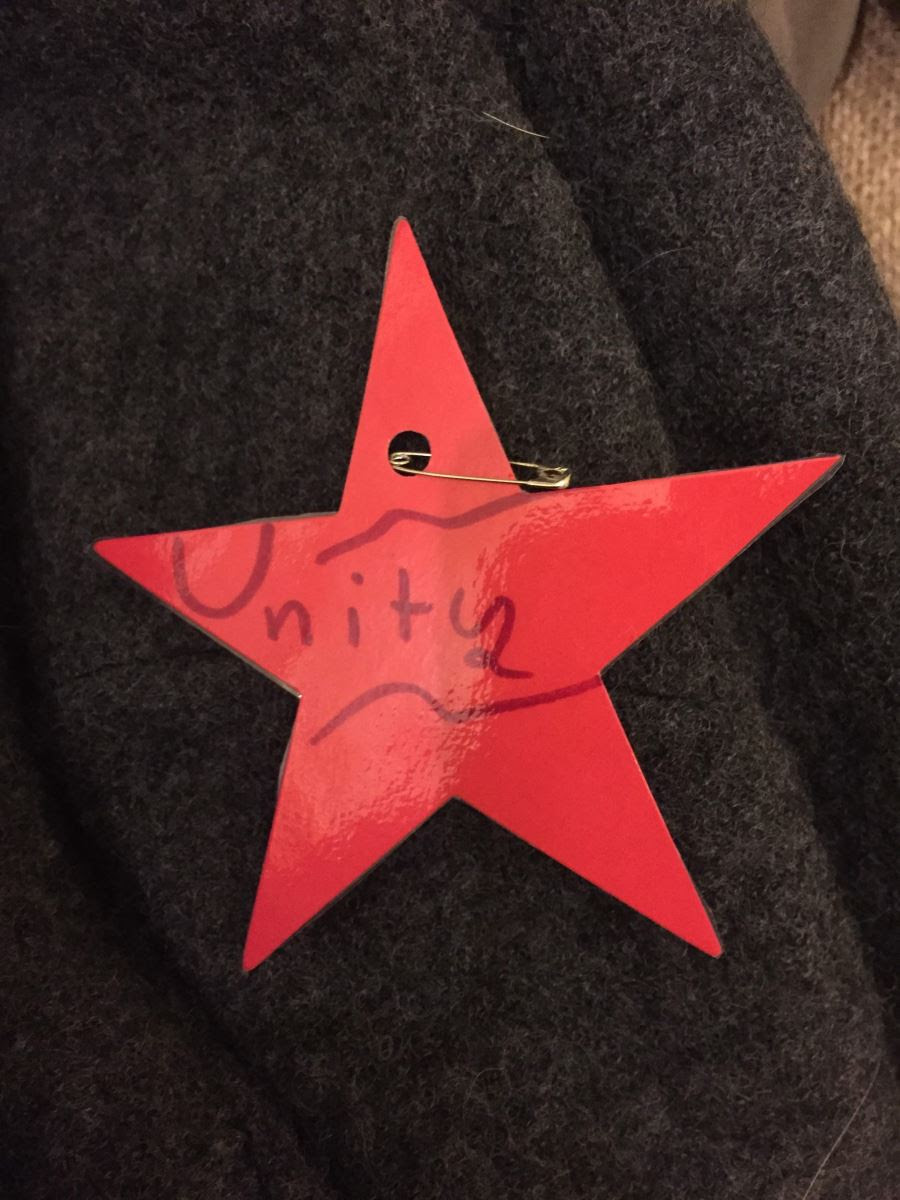 The 85th Regular Session of the Texas Legislature starts today.  The division, arguments and fights are already being defined.  In a few more days, a new President will be inaugurated after a very difficult election.  Our country and state seem so divided on basic, human, common-sense issues.

So, as I start a new year and a new legislative session, I’ll do my very best to follow the star of unity, and I’ll try equally hard to be a guide to unity.