I just returned from the 74th Annual Black Hills Motorcycle Rally in Sturgis, South Dakota.  I rode my motorcycle all the way up there and all the way back.  Counting Texas, I covered eight states and over 2900 miles. 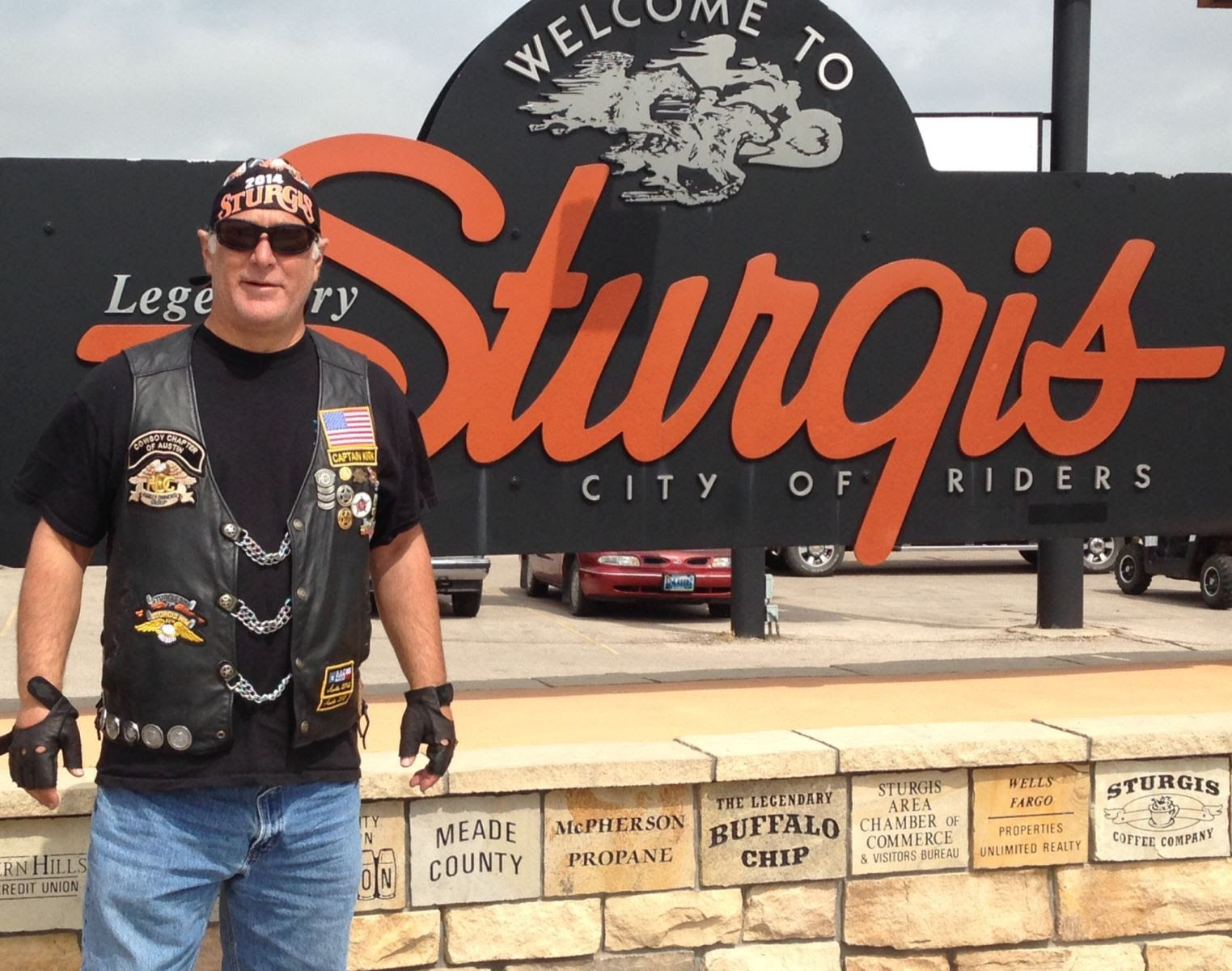 In Ogallala, Nebraska, I stopped at a Dairy Queen for a large chocolate-dipped ice cream cone.  A young mother came in with two beautiful, little blond girls.  While we waited for our treats, I asked the youngest girl how old she was.  She said she was two and offered the obligatory two fingers to prove it.  Her sister immediately presented four fingers and announced that she was four.

The four-year-old started excitedly telling me in some detail about how they were headed to her cousin’s birthday party.  The whole time we were talking, her little sister stared at me and intensely studied the way I was dressed.

After quite a while, she very earnestly and sweetly asked me, “Are you a pirate?”

By the way, I admit I considered stopping at every DQ I saw until I’d eaten through the entire ice cream menu.  While this never became an official goal, evidence suggests it was the de facto policy.

I went to South Dakota, in part, to participate in the inaugural Blue & Chrome Law Enforcement Memorial Celebration.  It was held outside of Sturgis in Rapid City.  This new event honors peace officers that died in the line of duty during the past year.  We lost 105 peace officers from across the U.S. last year. Thirteen were Texans.

I was really pleased to speak at the event and had fun riding near the front of the charity ride through the Black Hills.  Here’s a good news clip with some of my talk.

This is a neat way to honor the public service of some great people.

And regardless of how I look, I don’t think I sound like a pirate.