I cleared my head right after the last of the special sessions by attending the Sturgis Motorcycle Rally in Sturgis, South Dakota.

It’s officially called the Black Hills Motor Classic. It’s the largest motorcycle rally in the world, going strong for 73 years now. I put right at 2,300 miles on my bike, including about 1,300 riding back to Austin from Sturgis through five states.

So. Much. Fun. I’ve got about as many stories from the trip as miles travelled. 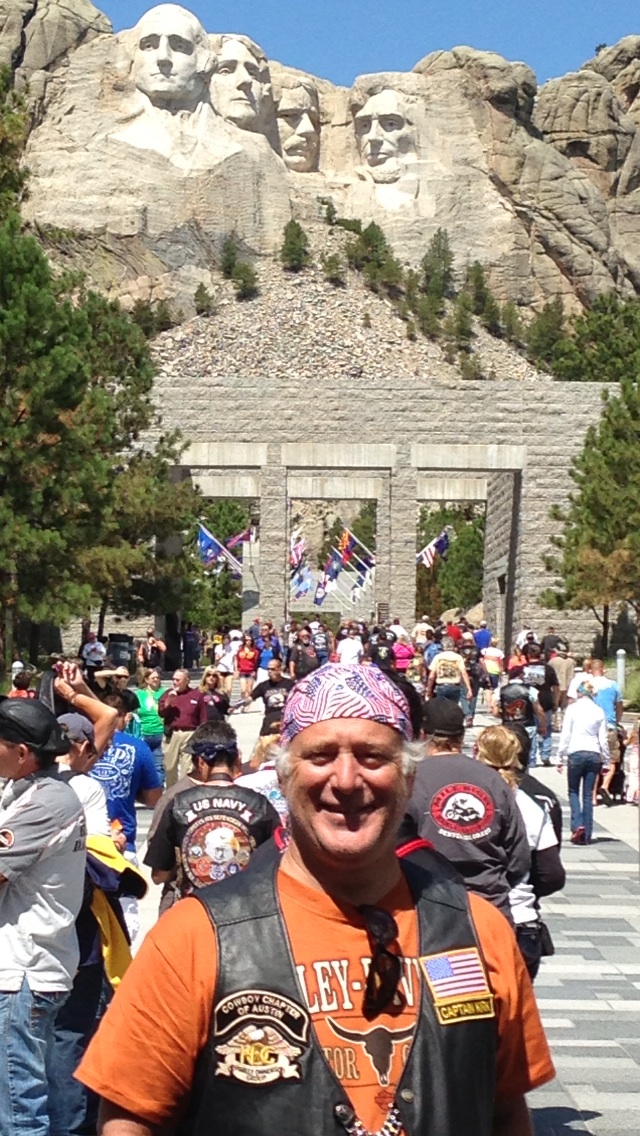 While riding, I wore a do-rag, riding vest (with patches), fingerless gloves, boots and such. And I must have looked great. Because in both Sweetwater and Amarillo, when I stopped to eat, the hostesses put me at tables where, let’s say, I had plenty of privacy.

In Sweetwater, I landed in a booth so far in the back of the restaurant that I couldn’t read my newspaper – it was too dark. In Amarillo, the sweet young lady immediately put me in the bar area, even though there were lots of tables available in the dining area.

Of course, it’s possible they weren’t biased against me because of the way I was dressed. Maybe there’s no conspiracy against would-be Sons of Anarchy cast members.

They may have just seated me where Democrats in those cities sit. 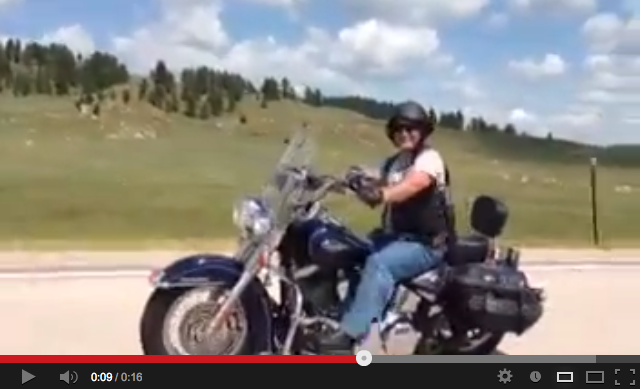 It was reported that more than 600,000 motorcycle riders showed up for some part of this week-long annual event. I couldn’t have imagined what that many bikes look, sound and feel like. It’s like being a raindrop in a thundercloud.

We saw Mt. Rushmore (see above), the Crazy Horse Monument, Devil’s Tower in Wyoming (remember the big rock that Richard Dreyfuss is obsessed with in Close Encounters of the Third Kind?), and lots of scenery.

I even visited Full Throttle Saloon, the world’s largest biker bar, which has its own reality show.

It also has a zip line running through the air across the bar. I saw a number of lunatics flying over thousands of bikers.

Even more fun – and you’re part of it

Oct. 3 is my annual concert in Zilker Park. If you’ve never been, you need to check it out. If you have been, you know how great it is, and you need to come back. I promise that no matter what you’re wearing, no one’s going to make you sit at a too-dark table.

This is our eighth year to put on this party. We take over the park, eat, drink, sing and dance. No political speeches; just good music, good company and very good times.

The music this year will be by The Mavericks and Vintage Trouble. You really should get your tickets now.

As a little bonus this year, for the next 10 days, I’m giving away a T-shirt to anyone who buys a ticket by Aug. 30. You have three to choose from: two I’ve mentioned before, and a third that I’m offering starting this week.

Act now and you can show off one of the nicer things anyone’s ever drawn about me: a Venn diagram showing that the intersection of Davy Crockett, John Adams and a Velociraptor is … yours truly.

I saw the image after Senator Wendy Davis’ famous filibuster in June and it cracked me up. I looked it up again to link to it here, and … it still cracks me up. 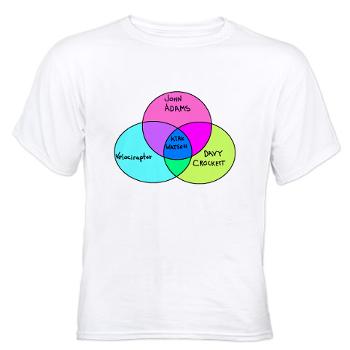 Get a T-shirt. Come to the party. What are you waiting for?