The Filibuster and the Future

So … anything interesting happen this past week?

Seriously, it’s going to be a while before we know how much changed on Tuesday night, when a worldwide audience watched Senate Democrats and folks from across the state stand with Texas women.

But by the end of that night and in the days since, Texas has certainly felt like a different place.

It’s up to us, now and in the days ahead, to determine what the past week will mean for the state’s future. I’ve been saying for a while now that Texas can do better when it comes to our people and our future.

Now is our chance to make it better.

You all, along with folks all over the world, probably saw what happened last week with Senate Bill 5, which would have severely restricted women’s constitutional rights and access to health services.

But it was pretty incredible, so let’s relive it anyway:

As a result of all of these things, we stopped the bill. The clock struck midnight, ending the special session. Too much time had passed, so the bill couldn’t be sent to the Governor.

Here’s a short video from the Texas Tribune that sums up those last crazy hours of the first special session: 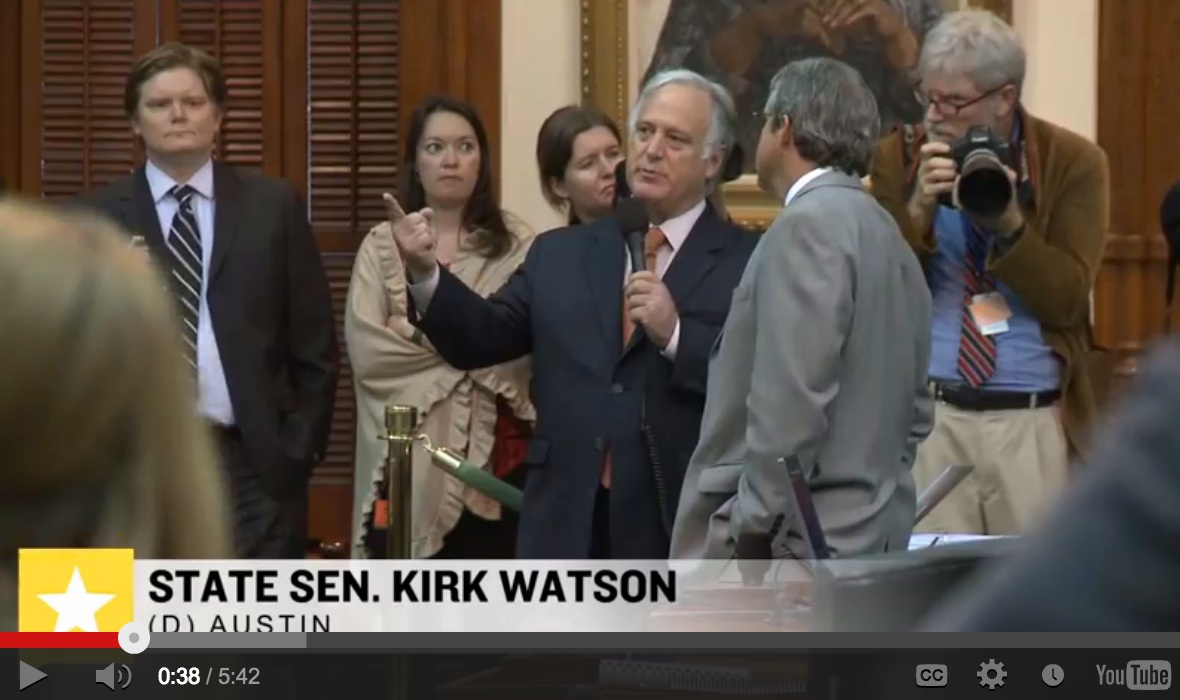 And here are some comments from Senator Davis and me after we learned we’d won: 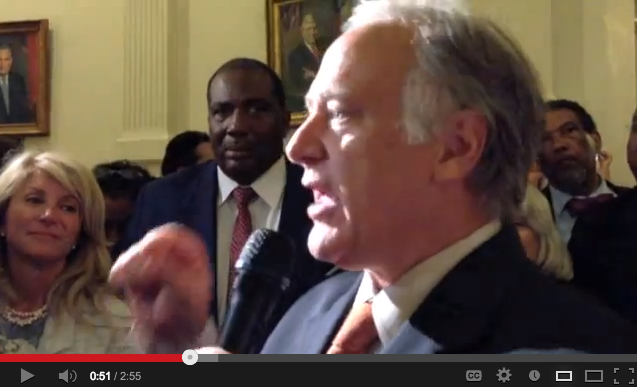 In case you had any doubt, the last few days have made it clear that this fight is a long, long way from over.

The afternoon after the filibuster, the Governor called a special session and put this anti-woman bill back on the agenda.

Then, in a speech – in public – he basically said Senator Davis should feel lucky that she wasn’t aborted.

He also said he approved of the decisions she’d made with her life when she was younger, and that in the future, he and other men (they’re mostly men) running the state should be able make those decisions for Texas women about their lives and bodies.

It would have been an astounding, breath-taking insult from anyone. But from a man who governs Texas – a man who seems to think he’s qualified to be President of the United States – it was exponentially worse.

I hope the folks who are protesting this bill around Texas and throughout the country right now will take some time to demand that Governor Perry apologize to Senator Davis; he certainly owes her one.

The rally yesterday, and the road ahead

The frustration with the legislation, the process, and the people who insist on forcing it all on Texas peaked – at least for now – with the Stand With Texas Women rally at the Capitol yesterday.

Thousands of people came out on a hot afternoon to make it clear they support women’s health and women’s rights, and they oppose legislation that threatens either one.

I was proud to stand with Democratic legislators and address the crowd with Senators Davis and Van De Putte, Planned Parenthood Federation of America President Cecile Richards (daughter of our former Governor Ann), and many others. Here’s the text, and here’s some video. 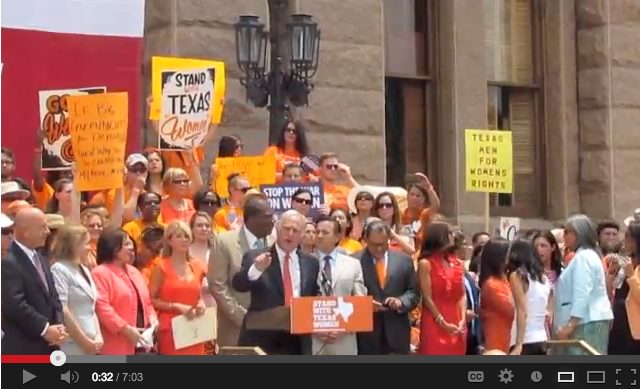 It was a tremendous, inspiring outpouring, and it gives me great hope for our state’s future.

One thing to keep in mind as we go forward: this bill is very likely to pass this time. Those in control of the Capitol are playing the same rigged game, and this second special session gives them more time to do what they couldn’t do last month.

But as the last week shows, this is all part of a larger effort. The folks in control of the Capitol didn’t accumulate this overwhelming power overnight, and it’s going to take more than a week or a month to restore balance, common-sense and basic fairness to the legislature.

And there’s lots to do. To start, please sign up for our effort to fight this bill and others that jeopardize women’s health and undermine their rights. I’ll keep you posted on the progress of this bill as it moves through the process, as well as opportunities to fight it.

The most important thing to remember is that we can’t give up. We can’t quit. We’ll never stop standing with Texas women.

Truly, this is only the beginning.